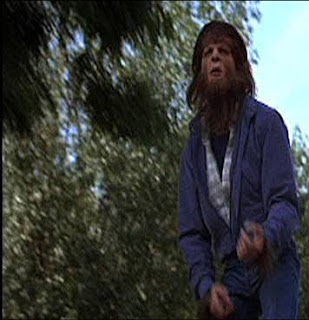 The fate of Teen Wolf's mom is never made clear in Teen Wolf or Teen Wolf, Too. She's obviously not around, but determining what actually happened would require careful study of the 1980s Fox and Bateman films, and those movies just aren't on TV quite enough for a study of such scope. It's too bad. I mean, I understand that Michael J. Fox realized it had been a mistake to do Teen Wolf after the success of Back to the Future. I'm just saying it was a shame that they made the exact same movie in the sequel. They had the opportunity to address all of the questions Teen Wolf left unanswered when they made Too, but all they did was replace basketball with boxing and Michael J Fox with Jason Bateman. I was thinking that Michael J Fox's dad killed the mom. Matricide. How's that for a sequel to Teen Wolf? Much grittier, darker.
Posted by Rocky at 9:31 AM